As we are winding down from the exhilarating high of the 2012 summer Olympics, some are now starting to prepare for the future 2016 Summer Olympics in Rio de Janeiro! 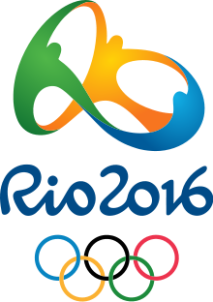 THIS JUST ANNOUNCED!! There has been a new sport added to the historical lineup! This event has opened up the playing field for all age groups to enter this fantastic new sport! Perhaps giving a chance to “own the podium” with a gold all their own! And CAYMAN who is now entering into his 77th golden year, could not be more excited!

The I.O.C. (International Olympic Committee) has decided to name this event the I.L.D.S. (International Long Distance Sleeping) event. And will consist of 3 individual legs, of 8 hours each in length. Each country can enter only 1 individual. And CAYMAN is preparing with gusto!

Here is how he looks as he prepares for his chance at the gold:

HE STARTED BEING “GROOMED” EARLY IN PUPPY HOOD WITH GREAT EXPECTATIONS TO SOMEDAY OWN THE PODIUM!

WHILE OTHER PUPS WERE AT PLAY, CAYMAN LEARNED TO HONE HIS SKILL 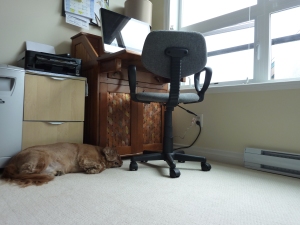 GETTING “QUIET” TIME TO PRACTICE WAS ALWAYS AN ONGOING PROBLEM

FINALLY AFTER SO MANY HOURS OF TRAINING, THIS DETERMINED LITTLE RED DOG HAS A CHANCE TO SHOW THE WORLD THAT HE CAN ACHIEVE GOLD!

GO FOR THE GOLD MY LITTLE BUDDY, YOU OWN THAT PODIUM!

We will keep you posted as CAYMAN prepares for his chance to “own the podium” and go for gold in the 2016 Summer Olympics in Rio de Janeiro!

Show your support by dropping Cayman a comment! We love to hear from you!

2 thoughts on “Cayman preparing for the 2016 Olympics”

This is how I (Blog) Roll